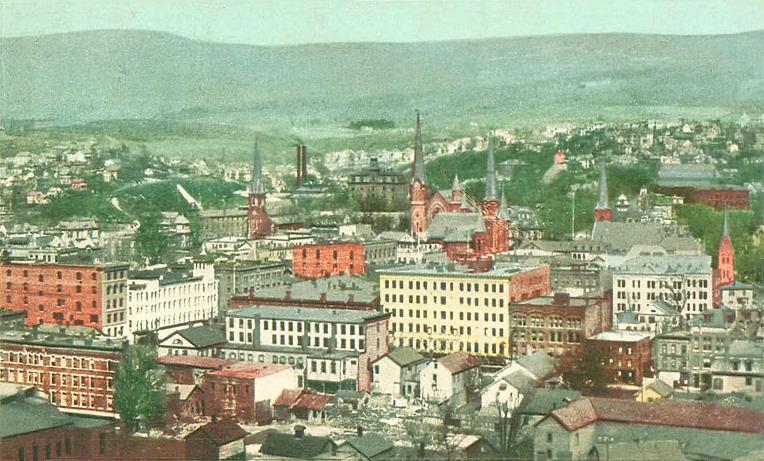 Welcome to “Irish in the Berkshires, A Retrospective”.  Please join in exploring the role of Irish migration to North Adams, Massachusetts and surrounding Berkshire County from the mid 1800s through the early 1900s. Located on the borders of Vermont and New York, North Adams is the smallest city in Massachusetts.The city is still recovering from one of the worst economic collapses of the 20th century when the last of its major factories closed in the 1980s.  Once a huge industrial economy, factories and mills spread for miles employing hundreds of Irish Immigrants. Today North Adams is committed to reinvesting in local history and educating the community about those who founded early settlers.

Irish heritage is tightly woven into the history of the Northeastern United States, with thousands of Irish settling in places like Boston, Ma and Albany, NY.  This project seeks to explore how settlers from Ireland came to North Adams and shaped the town from the ground up. Not much is known about the individual workers who called North Adams home but we intend our project to be used as a digital platform for residents of Berkshire County to learn about their local heritage, along with building a sense of the importance of community history and preservation.

© 2021 Irish in the Berkshires, A Retrospective