A History of Despotic Rulers in the DRC 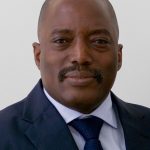 In continuing our mission of learning more about the DRC, I simply googled “The Democratic Republic of Congo.” The first few news stories were appalling. And unlike the time lapse between King Leopold of Belgium’s Reign of Terror and public knowledge in the early 1900s, we as a society have real-time access to the news of these atrocities, and are doing nothing.

BBC’s article “Living with violence in the DR Congo,” chronicles the sheer suffering of Congolese in the Kasai region (September 24, 2017). It is estimated that within the past year, more than 1 million people have been displaced. Families have been torn apart, children orphaned, and villages burnt to the ground. All of this while Kabila proffers to “affirm that we are most certainly moving towards credible, transparent and peaceful elections,” (News 24, 2017). To understand how this despotic ruler, Kabila, could possibly still in power, I researched how he had originally come to power. One blog post is not nearly enough to even summarize the DRC’s tumultuous history, but I try to cover some key points through using Bobb and Kisangani’s The Historical Dictionary (2010) to familiarize myself with key terms and events.

Firstly, it’s important to realize that the DRC has never peacefully transitioned into democracy. Before the Kabila father-son duo took power, possibly the most despotic military ruler of all time, Mobutu Sese Seko, had ruled the DRC since his first coup d’état at the beginning of the ‘Congo crisis’, or the messy, fast process of decolonization from Belgium began in 1960. Mobutu used the economic policies of nationalization and radicalization, or the process of seizing colonial enterprises to fund state governance and enrich his personal pocket. By the 1980s, the mineral rich country had neglected its structural capacity to deliver on the rapid industrial development promised at independence.

Despite Mobutu’s clear corruption and suppression of human rights, the U.S. and other Western allies supported Mobutu until the end of the Cold War, when the U.S.’s Containment Policy was no longer necessary. In 1990, Mobutu convinced the international community that he would move the country towards democracy through superficial reforms. For example, in the “third coup of his career,” he snatched back power from “the people’s candidate,” Prime Minister Tshisekedi in 1993. But without funds from the U.S. and its allies, Mobutu was susceptible to the rebellion led by the Alliance des Forces Démocratiques pour la Libération du Congo (AFDL), led by Laurent-Désiré Kabila, which was funded by the Congo’s neighboring countries and overtook Kinshasa in 1997, forcing Mobutu to finally flee the country.

Kabila the Second came into power after his father was assassinated in 2001, during the Second Congo War, otherwise known as ‘Africa’s First World War’, which lasted from 1998 to 2003 (Bobb and Kisangani 2010, p. 463). Like the situation today, more than 2 million Congolese were internally displaced. Furthermore, approximately 5 million people had been killed as a result of the war and its related consequences.

But, my dear international community, do we care?