The diversity visa lottery in the News 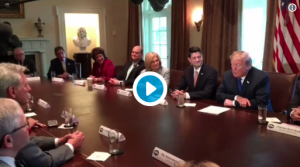 I am calling on Congress to TERMINATE the diversity visa lottery program that presents significant vulnerabilities to our national security. pic.twitter.com/tW4wOlI4vu

As many politicians call for the diversity visa lottery to be shut down, thousands of others are hoping to play the lottery as a ticket to the United States. It is by no means a handout, as players must have at least a high school degree to enter the lottery; pass interviews, background checks, and medical exams; and finally, they must pay for visas and plane tickets. Within the context of the DR Congo, this is a feat in and of itself, as the country was ranked 176 of 187 countries on the United Nations Human Development Index of 2015.

In my study last year, one participant stated, “The lottery is a position taken by the American government so that people, strangers, come to live in America with the possibility of one day becoming an American. This doesn’t exist in the Congo… So I believe that the American society is more open to diversity, to the world, than us others, our societies’ [translated],” (13) as opposed to an overwhelming negativity about their own country in saying “There’s corruption everywhere, even in medicine” (11).

These binary results; an admiration with the United States and a disappointment in their native country; show an overwhelming thankfulness to be in the United States. For example, one said, “When one wins the lottery, one doesn’t hesitate. Because this is an unparalleled occasion so that our children can have a good education and be well-settled. It’s not really for us that we’ve come here, it’s to have a better future for our children,” [translated].

In contrast to the backlash seen in the popular media, this case study demonstrates an extreme loyalty to the United States in the cases of many diversity lottery winners.